I'm Ishida, iOS engineer in TRILL. In this article I introduce Redux architecture and implementation for iOS.

TRILL engineering team has 13 engineers, about half of workers are global engineers (April 2022). We hold Study Meetup every week and a speaker talks about something technical (for example, docker, AWS, scrum, etc.) in English.

I talked about Redux architecture there, so I also introduce that in this article. I introduce basic and abstract features because the meetup has various engineers (iOS, Android, backend, etc).

In this decade, iOS application become bigger and architecture is more important. We have many architectures for iOS app, MVC, MVP, MVVM, Clean architecture, VIPER, etc.

Originally, web front-end was simple and clear because it didn't have state and API connection was simple. Recently web front-end has become bigger and more complex, so we've needed architecture against that.

In the situation, Redux architecture was created. And Redux try to solve those problems by two concepts: mutation and asynchronicity.

Roles and data flow of Redux is like below figure. 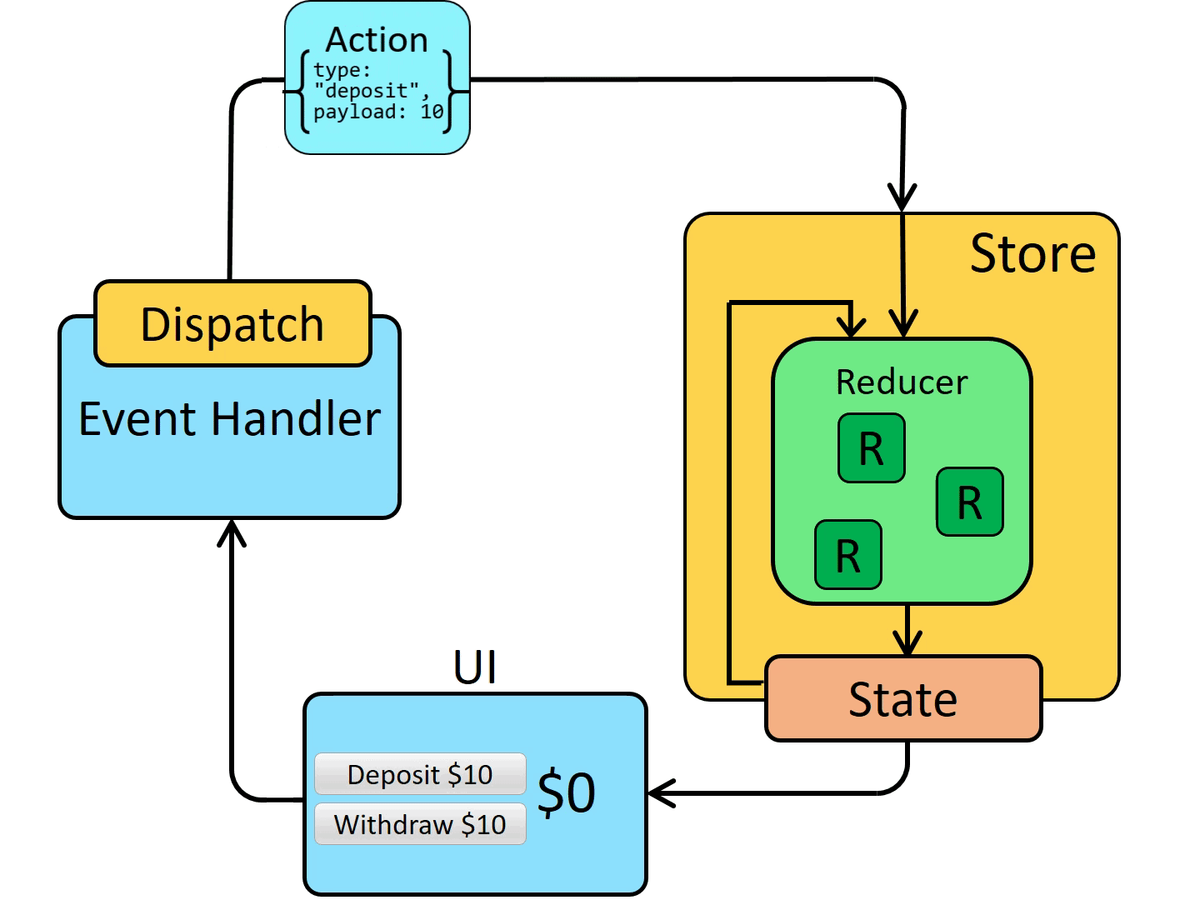 The app has one store that has states and reducers. UI dispatches an action, and the reducer receives action and state. The state is updated, the store notifies the UI that.

In next section, I introduce the implementation by ReSwift.

App's screenshots are below:

First we define each roles, action, state, reducer, store. Each roles are defined below.

In this app, state has only one parameter (counter). Store has a reducer and the reducer receives action and state. Action detail is described in reducer (increment counter).

For simplicity, this view controller subscribes in viewDidLoad() When users tap increment button, increment(_ sender:) function is called. This function sends CounterActionIncrease() to dispatch of mainStore. This is just Redux data flow.

When state changes, this class receives in newState(state:) function. And this function sets new data to counterLabel.

This app is too simple, so we can implement without Redux architecture. But this architecture makes easier to read codes by defining some roles.